Ingredients: A Visual Exploration of 75 Additives & 25 Food Products is the latest book from world-renowned photographer Dwight Eschlimanand author Steve Ettlinger. Newly released at the end of September, Ingredients: is a combination of fine art and evocative food science which aims to help people understand exactly what goes into processed foods. While many of us have an understanding that much of our food is processed, this book brings ingredient lists to life in a whole new way and makes unpronounceable names real, forever changing how we read food labels.

The subject of Ingredients: is especially pertinent today, with more and more people caring about what’s actually in their food. While the photos and information in Ingredients: may be surprising, even alarming, the book is not meant to be a polemic against Big Food. Instead, the authors’ intention is to make readers into more informed shoppers.

“If food ingredient labels make your eyes glaze over, we hope that this book will open them instead,” writes Ettlinger in the introduction. “We hope that this little bit of art and science … will make you think about food additives as real stuff, not just some strange words on a label.”

The authors were first inspired to collaborate on Ingredients: because of a mutual intrigue in what exactly we’re eating – and the Twinkie. Eschliman created a visual treatment of Twinkies ingredients in 2012 called 37 or So Ingredients that went viral and led him to Steve Ettlinger, author of the acclaimed book Twinkie, Deconstructed.

Dwight Eschliman is represented by Apostrophe. More of his work can be seen through at-edge.com, apostrophe.net andeschlimanphoto.com. 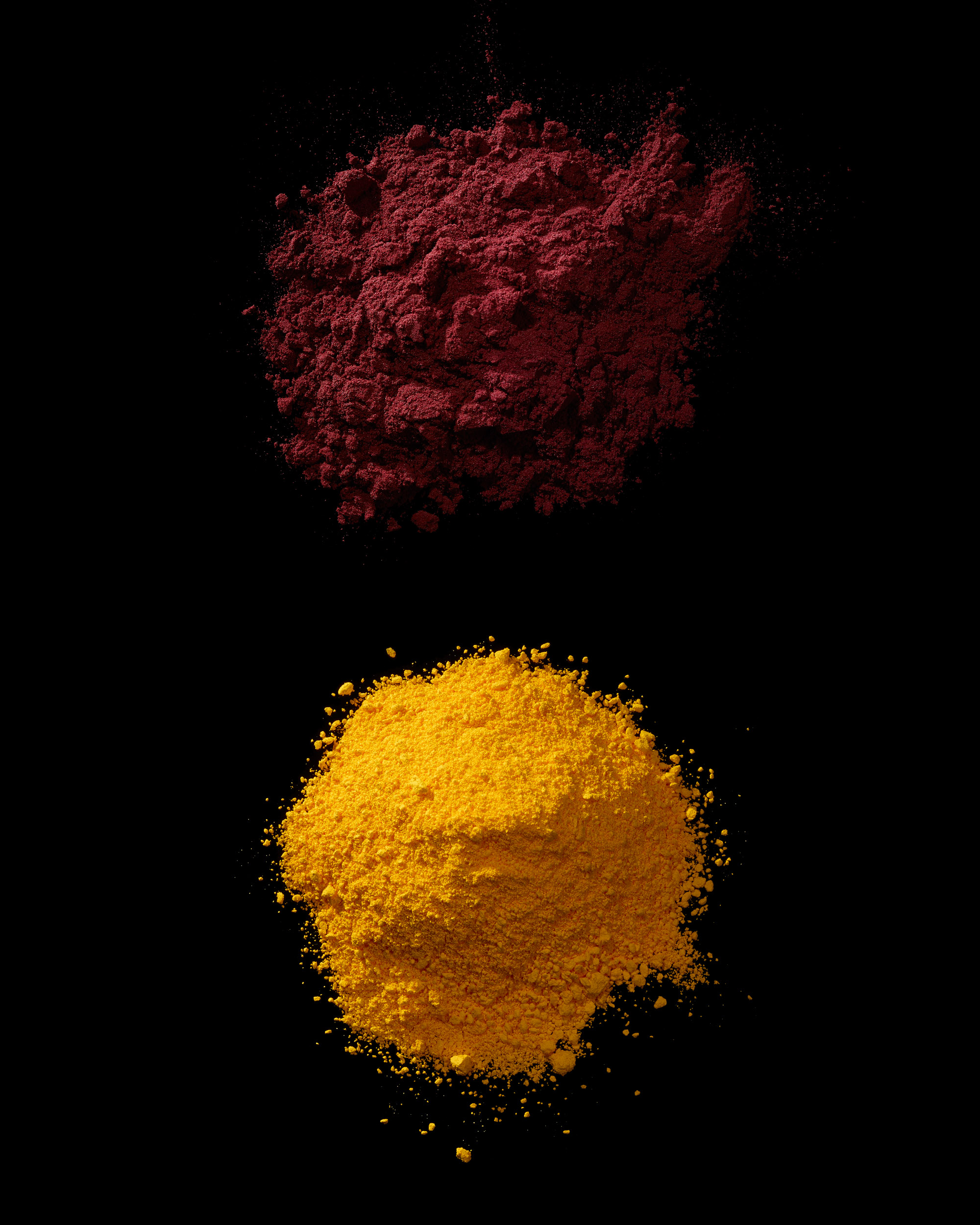 Red No. 40 and Yellow No. 5: Two additives that are manufactured similarly from a mixture of powders that come from petroleum products such as benzene.

When did you first start deconstructing objects in your photography?
I’ve always organized things. Recently my parents showed me a picture that I’d taken as a child of my dresser after perfectly organizing all those items that a 10 year old cares about – a model airplane, Garfield shrinky-dink, Legos, books about baseball and jet airplanes, etc. Traditionally it’s been more about the organization than the deconstruction, but I do love the organized deconstruction! Organization has been a career-long theme. My first organized composition, or grid, was a promotional poster for a paper company I did when I was still in school. I collaborated with Todd Richards, a very talented designer. It’s still an image I love. 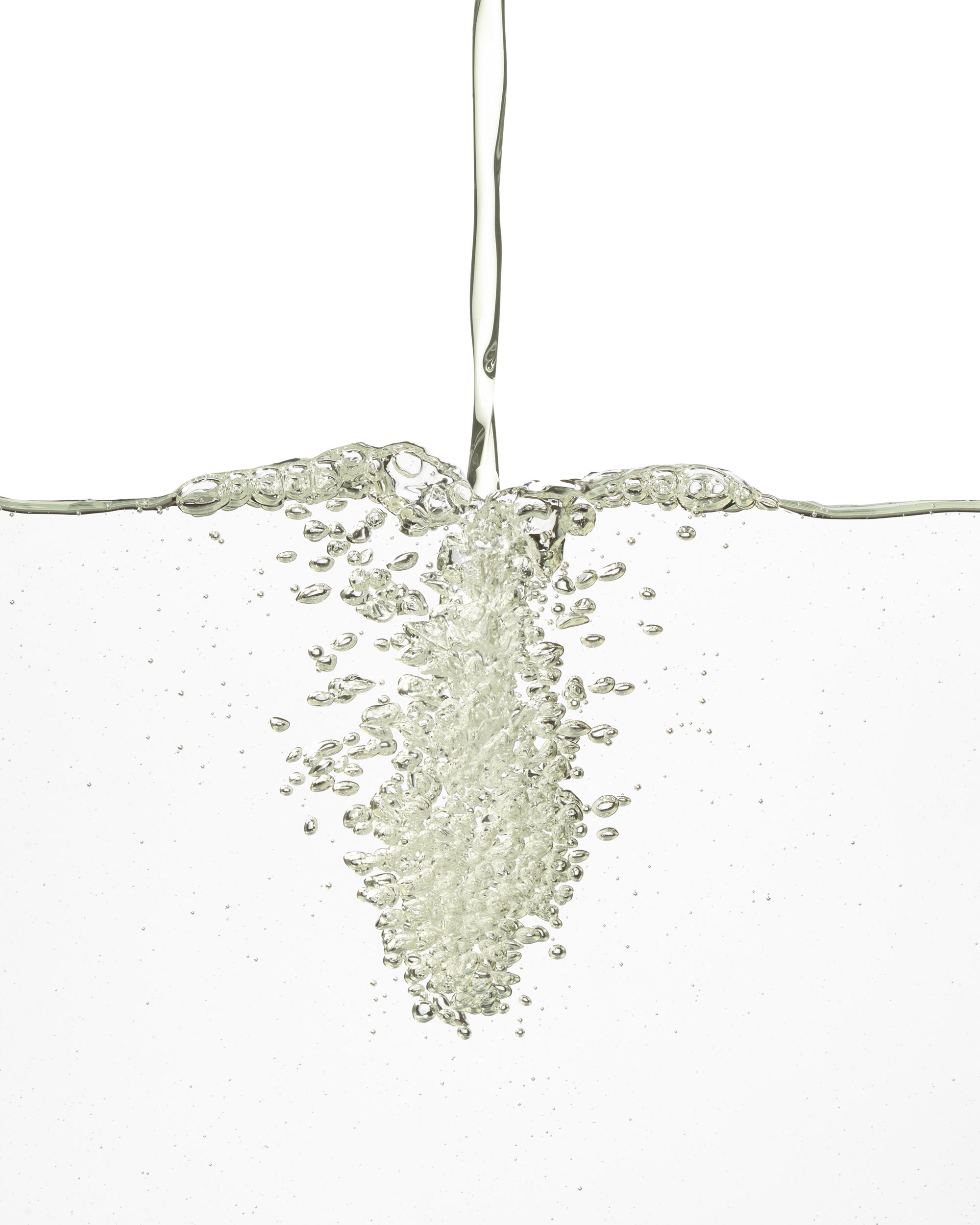 Isoamyl acetate: An ‘ester’ used in artificial scents and flavors. It can be found in beverages as well as ice cream, candy, baked goods (it was the original flavor of Twinkies’ creamy filling), chewing gum, and gelatin desserts.

How did you end up getting involved with Ingredients:?
Ingredients: had its start as a personal project. In 2009 I deconstructed the Hostess family of baked goods after some on set discussions about the state of the American diet. I singled out the Twinkie and self-published a book entitled 37 Or So Ingredients. We created a website for the project and it went viral. I guess there’s something about the Twinkie! After all the attention that 37 Or So Ingredients received, this book project basically fell into my lap. I immediately knew I wanted to expand beyond baked goods and explore the world of food additives. I recognized that the world of food additives (or functional ingredients as the food scientists would prefer we call them) is a subject matter that elicits strong opinions regardless of position. I wanted to put a face to the names that you hear all the time: Acesulfame K, Agar, MSG, Xanthan gum, etc. 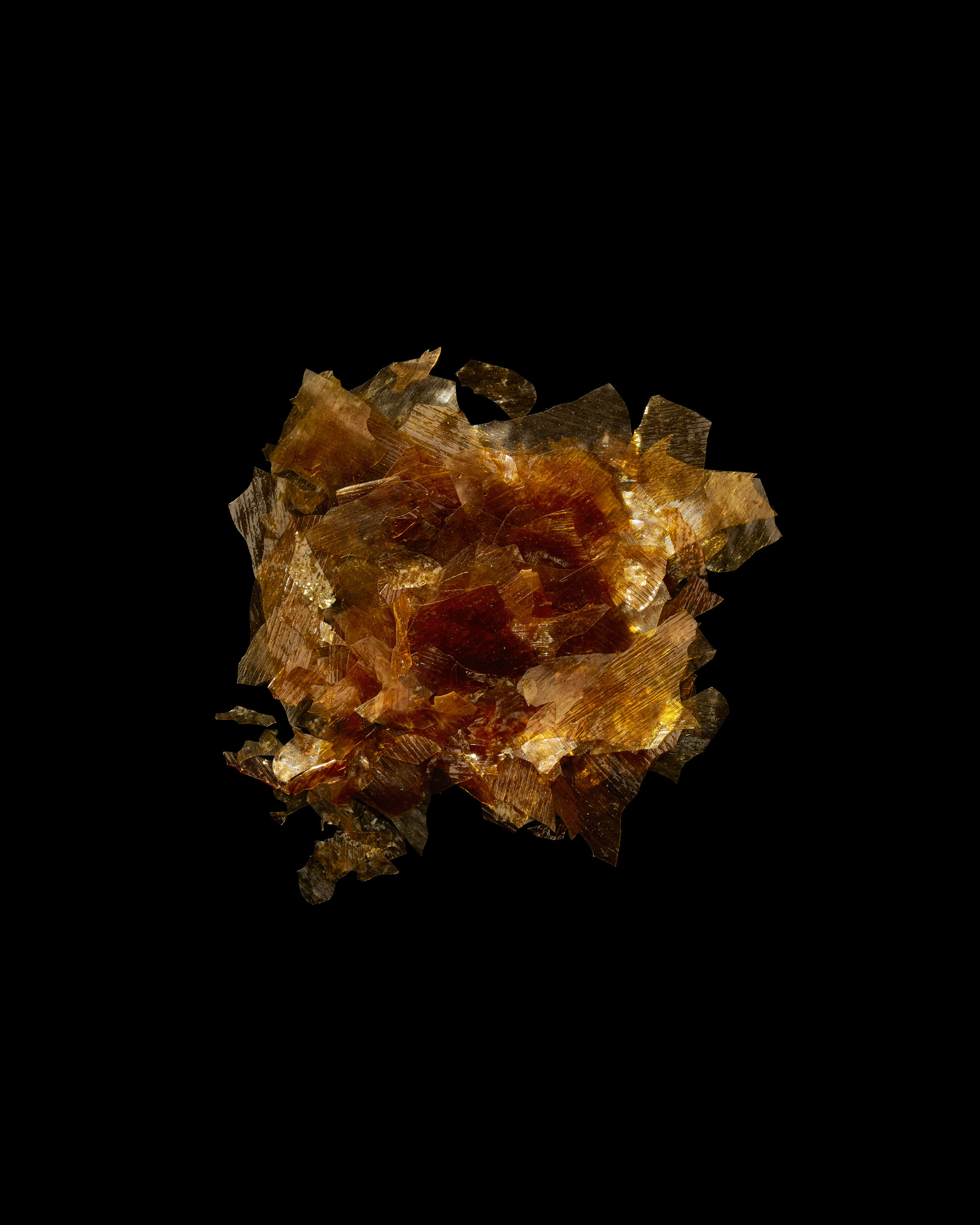 Shellac: A preservative made from insect excretions. Shellac helps keep foods fresh and is also used on vegetables, chocolates, baked goods, and even coffee beans and chewing gum.

Tell us about your process for shooting this book.
Most of our time invested in the book was spent doing research and sourcing. I wanted to bring a balanced, expository approach to the book and put a lot of effort into creating a balanced edit in terms of both perception of additive (good vs. evil) and functional purpose of that additive. To accomplish this, I had to read an awful lot about food and the food science world. Along the way I ran into Steve Ettlinger, a great writer that ended up being my collaborator for Ingredients:. The book includes 75 additives and 25 deconstructed foods. In the end, we sourced close to 700 additives and ingredients. Most were not too difficult to source, a few were challenging, and one was impossible. 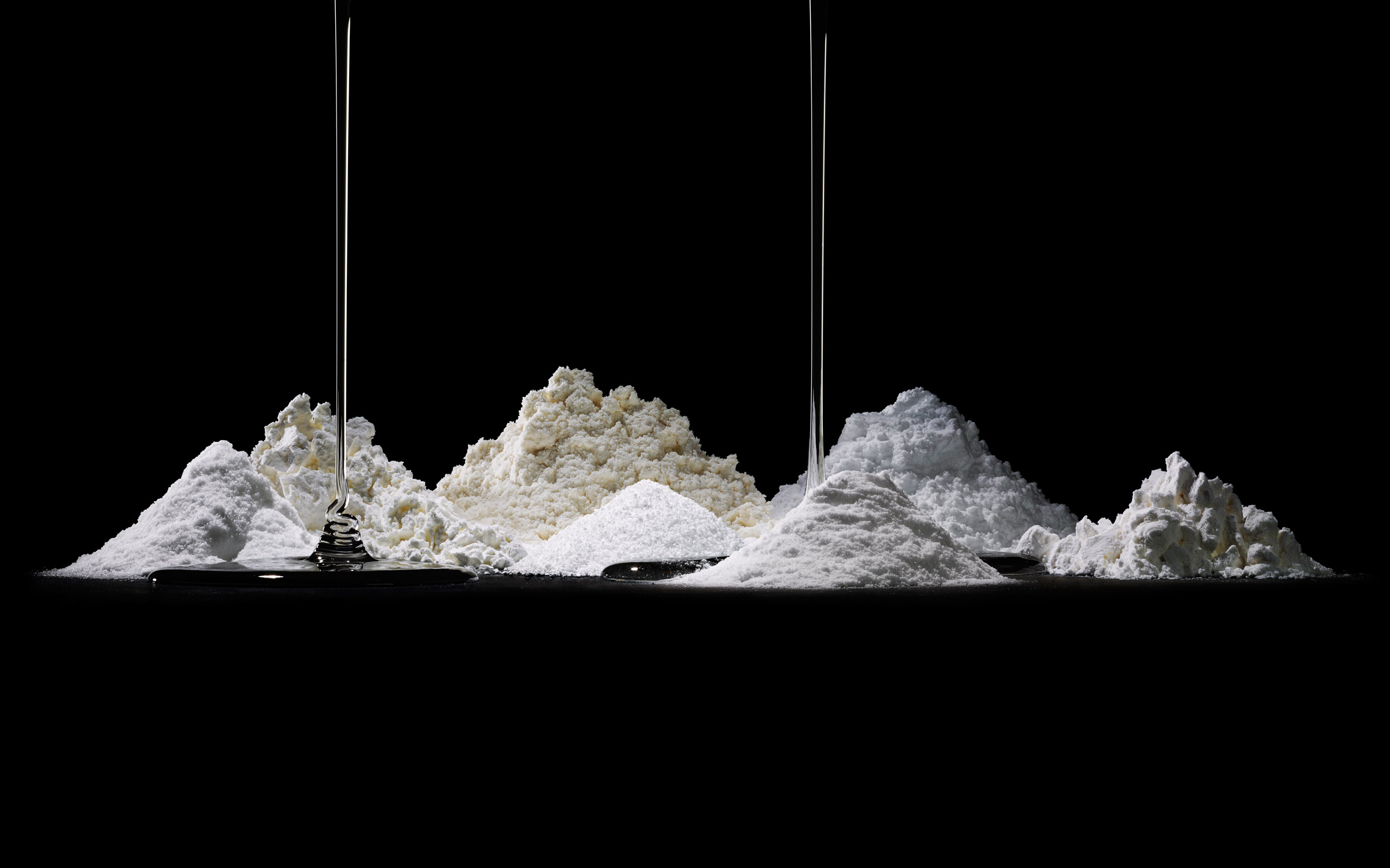 Were there any particular challenges you faced when photographing these items?
Perhaps the greatest challenge was preventing viewer fatigue. It was important to me that the book remained clinical and consistent to allow the viewer to access sometimes rather subtle variations in a world of white powders and clear liquids. Most additives look quite similar. Just think of salt and sugar. Not too different! There simply aren’t a lot of people out there that are going to get excited about looking at 280 pages of nearly identical photographs.

We photographed additives from two perspectives and included environmental photographs of grocery stores to help round out the story and create some visual variation while still staying true to the clinical and consistent visual approach that was critical to my vision of the book. It also helps to have a talented design firm to work with. Manual did an amazing job with the book. 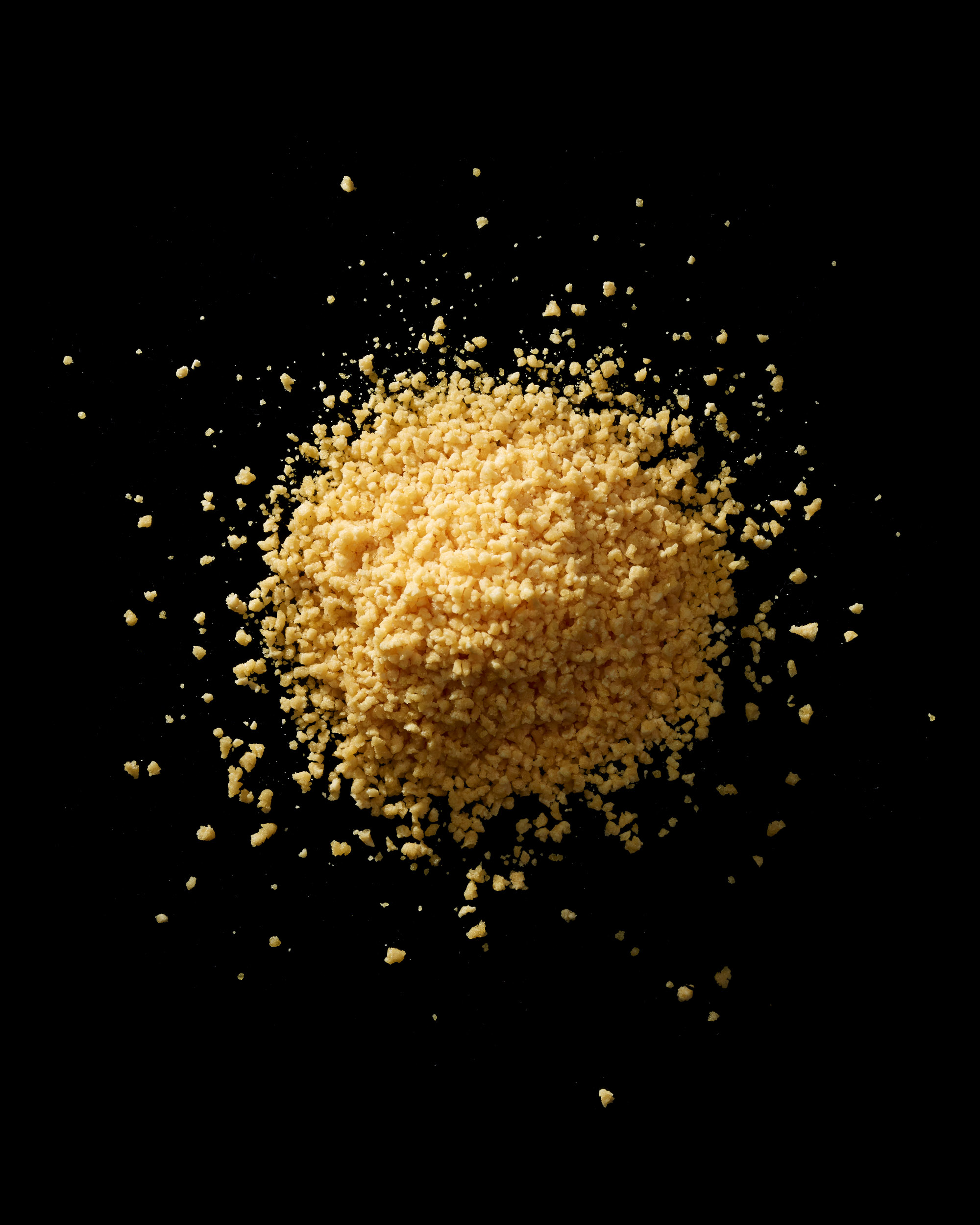 Soy lecithin: One of the most common emulsifiers used in food processing. It improves dough handling, moisture retention, texture, volume, browning, and shelf life. It is typically used in place of egg yolks.

What was the most surprising thing you learned?
I was surprised to learn that MSG may not be responsible for each headache I get, that although it’s in nearly everything, High Fructose Corn Syrup is nearly impossible to obtain, and that Diacetyl smells really, really awful. 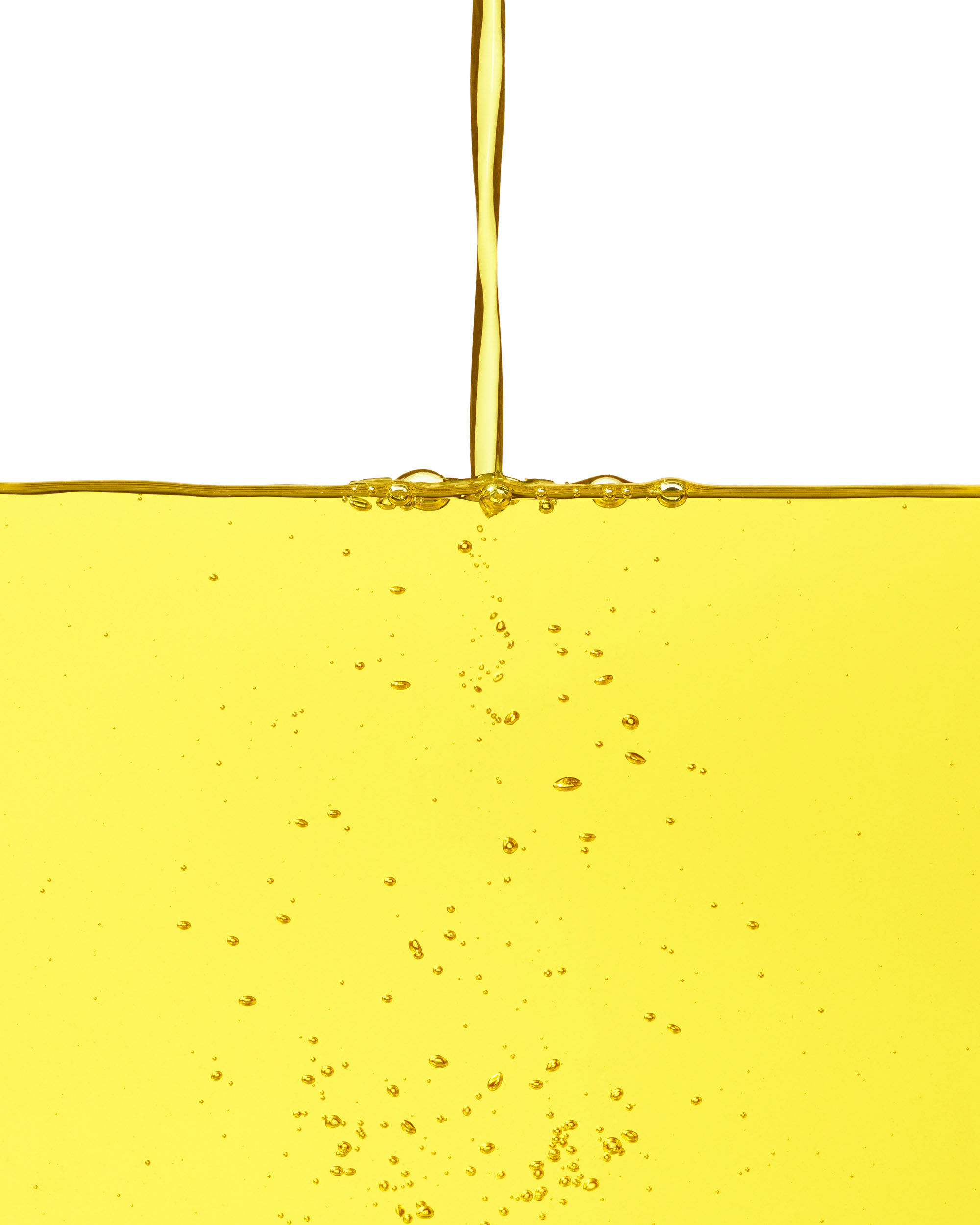 What will your next project be?
Right now we’re looking at cows.