Sean Izzard, represented by Pool Collective, was commissioned to capture imagery of colorful new soda cans for the #ColorYourSummer initiative, Coca-Cola’s largest marketing push since the Share A Coke campaign.

As part of this historic brand shift, Coca-Cola changed up the classic red color of their cans to a brighter, more colorful set. Pink, purple, blue, green and orange cans were released in stores at the start of November, with more to be continually released in time for summer. 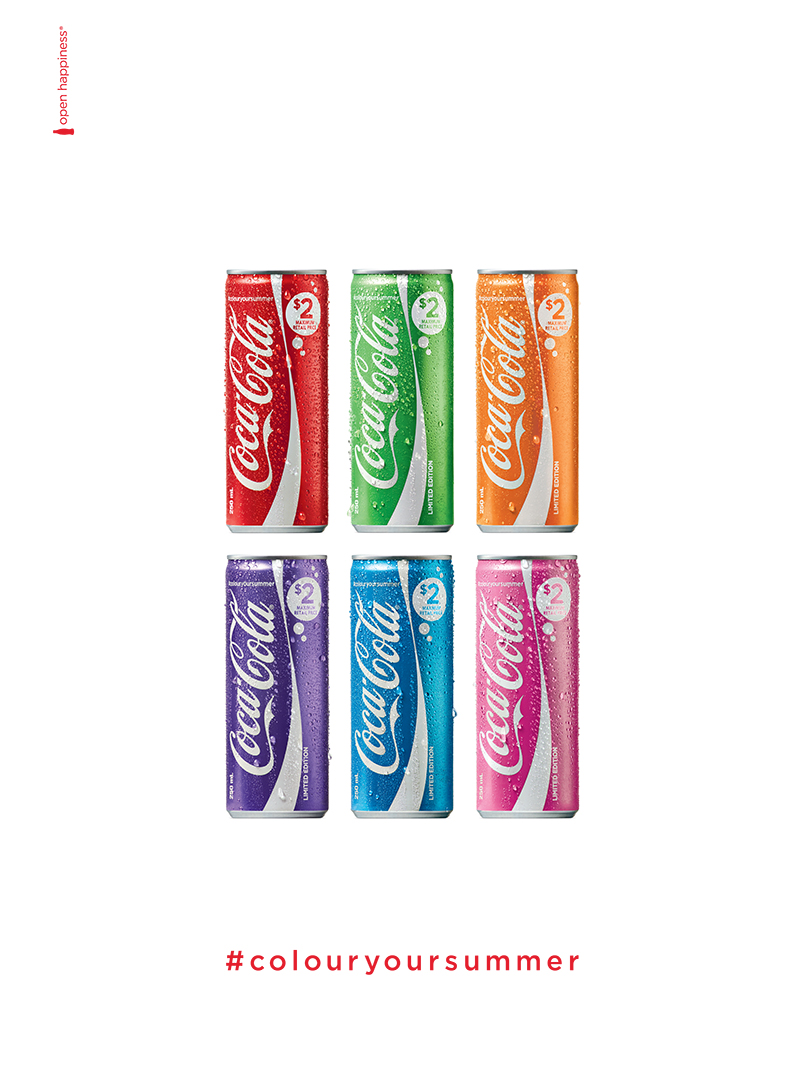