Recently, as part of an extensive campaign for Strawberry Frog, New York, Christopher Wilson had the opportunity to shoot Capital Gate and Etihad Towers in Abu Dhabi, U.A.E.

In a city known for its vertical outlandishness and neck-craning beauty, there may not be a skyscraper more outlandish than Capital Gate (pictured above). Known as the Leaning Tower of Abu Dhabi, it was constructed intentionally to incline eighteen degrees – versus the Leaning Tower of Pisa, which only tilts five-and-a-half degrees as the result of an unintentional poor foundation. As the result, Guinness World Records certified Capital Gate as the world’s “farthest manmade leaning building.” 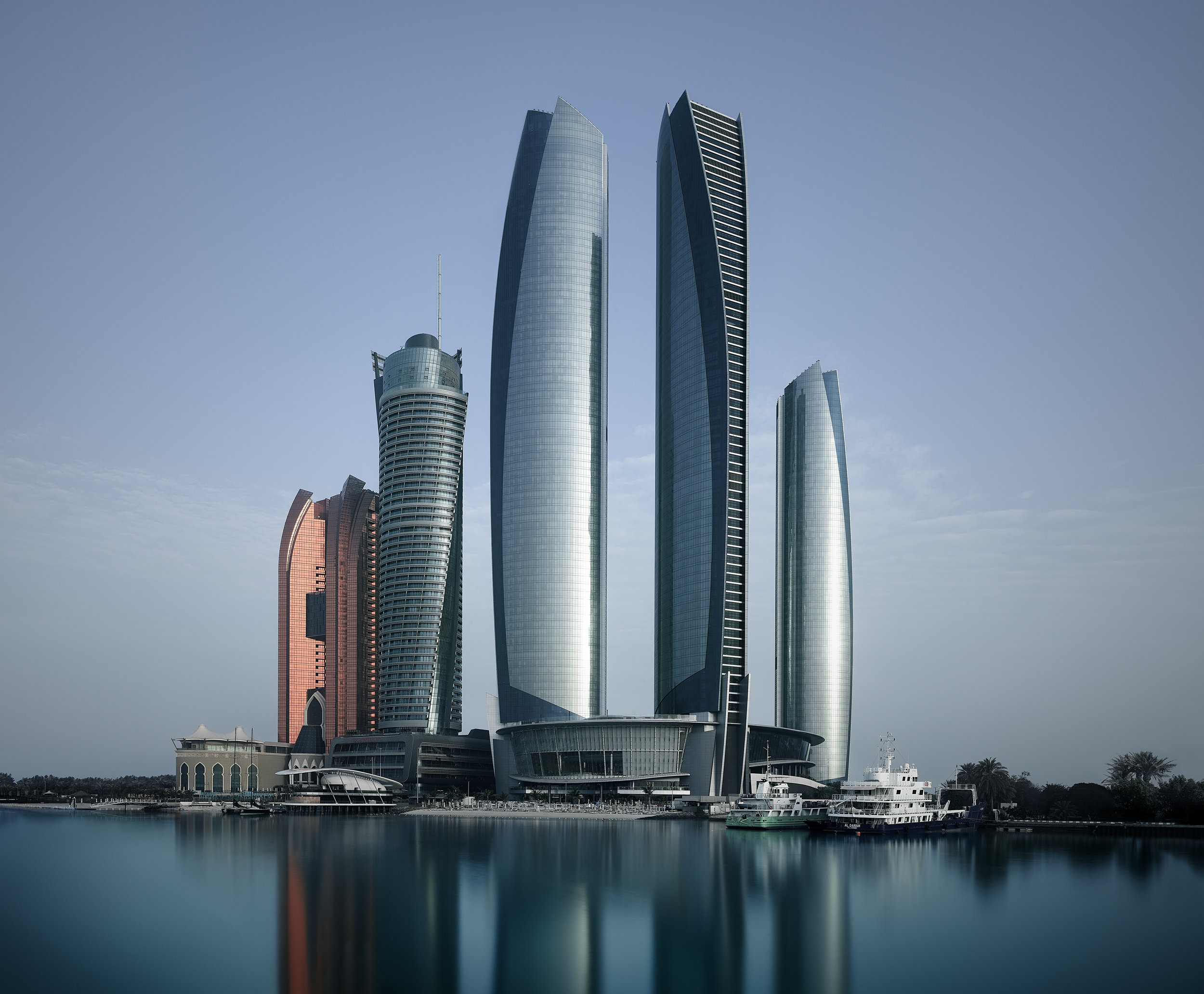 While in Abu Dhabi, Christopher was also commissioned to photograph the Etihad Towers (pictured above). A complex of buildings with five towers, it probably is most recognizable to Americans as the filming location of the Fast And Furious 7 movie in which Vin Diesel’s character steals a Lykan HyperSport and drives it through three of its towers

Browse through more of Christopher’s work through his AtEdge portfolio and website.