Growing up in a family of artists, Hugh Kretschmer discovered photography at a young age. It was his father, who was a photo-instrumentation engineer for McDonnell Douglas during the Mercury through Apollo space programs, that first introduced him to the craft. Recognized repeatedly throughout his 22 year career for his work’s enduring use of metaphor and hand crafted, trick-the-eye elements. Kretschmer has achieved singular success as an editorial and advertising photographer who creates imagery that applies to both art and commerce.

In regards to his own work, Kretschmer has said “My photographs have been described as fanciful, curious, imaginative, unusual, and a little creepy. They are influenced by myriad dreams and desires of what life could be, if only… They are commentaries on the human condition, influenced by a perspective that honors and embraces the assets, and deficits, we all share as human beings, seasoned with a bit of quirk and irony.”

For Kretschmer, the sky’s the limit. One of his more recent projects involved him shooting Penn & Teller in Las Vegas for their new ad campaign. 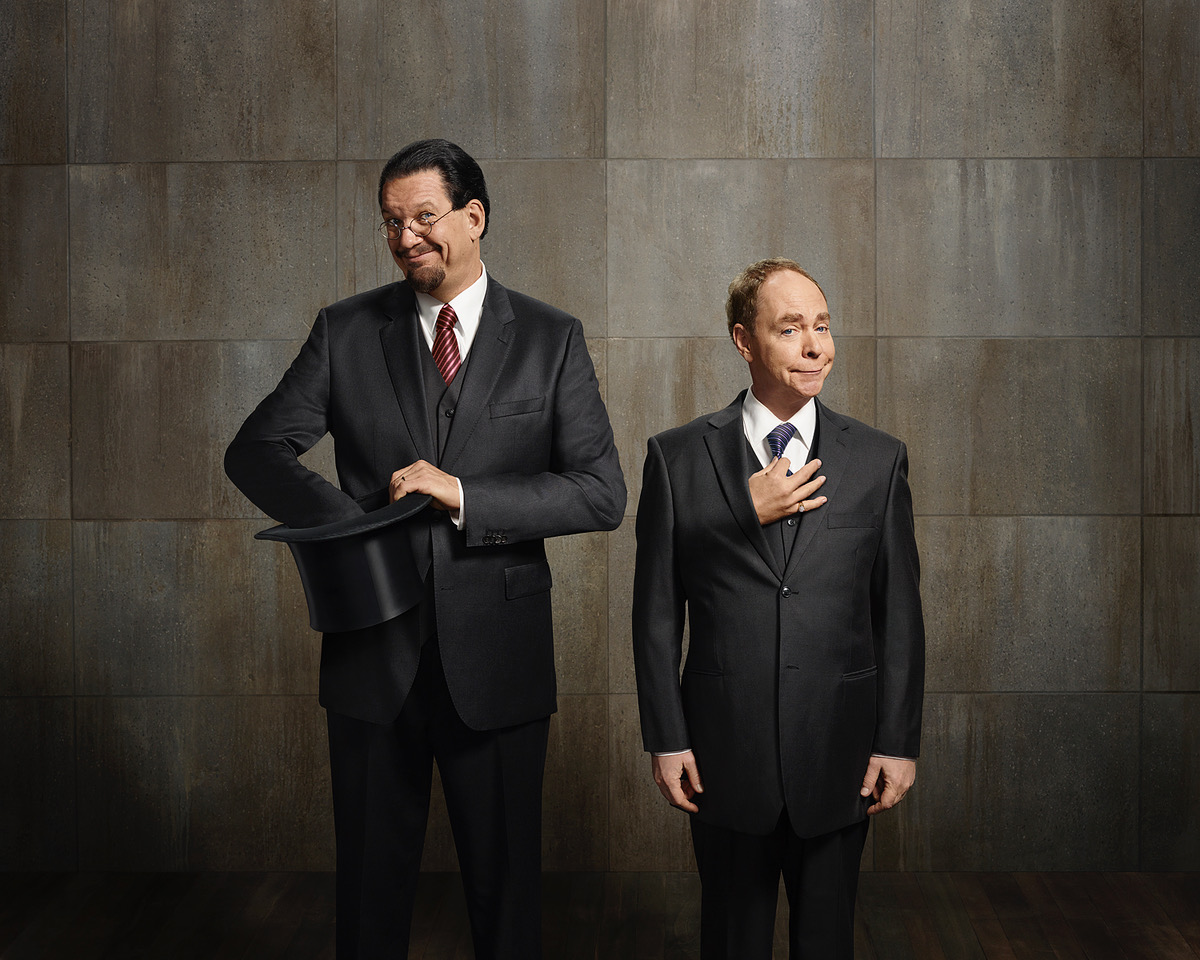 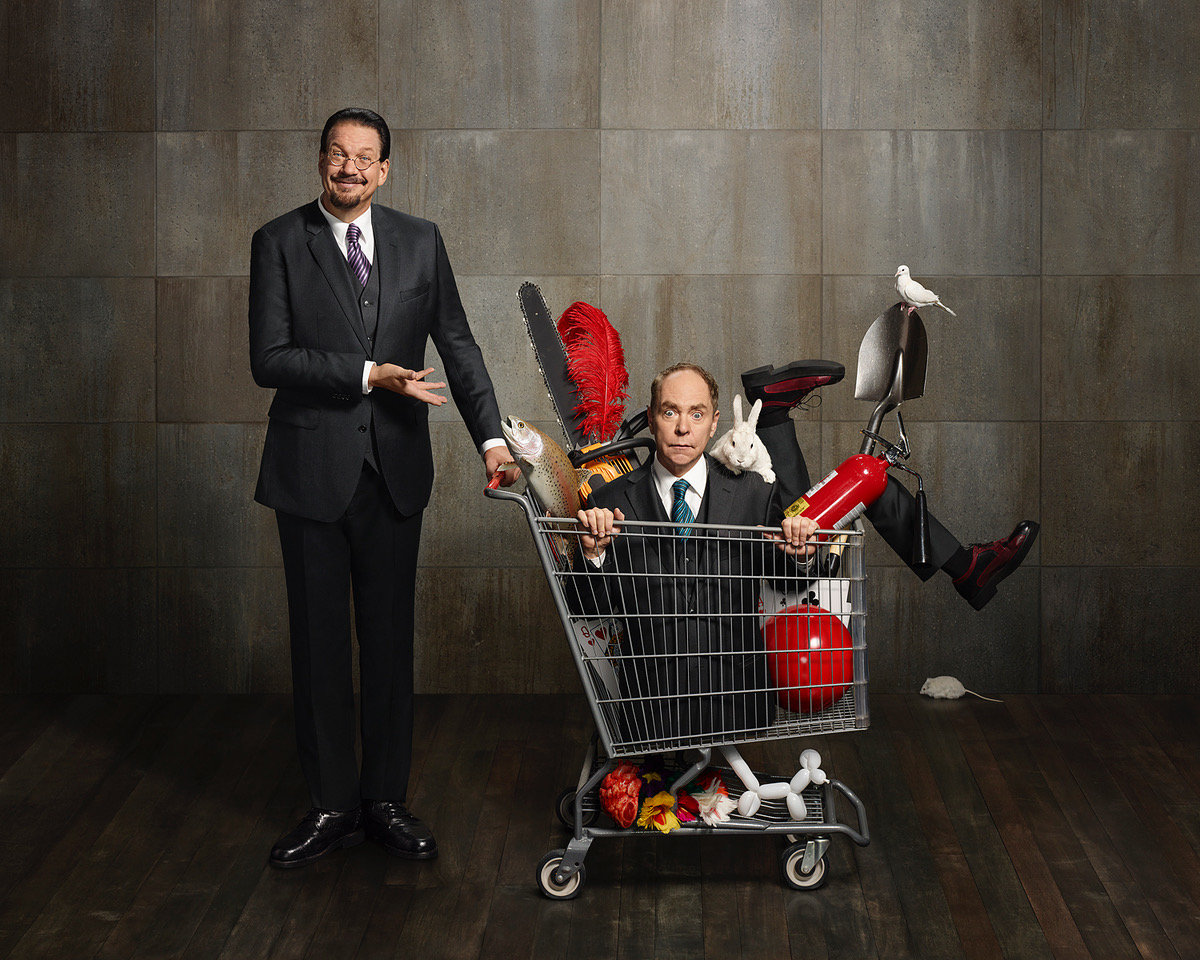 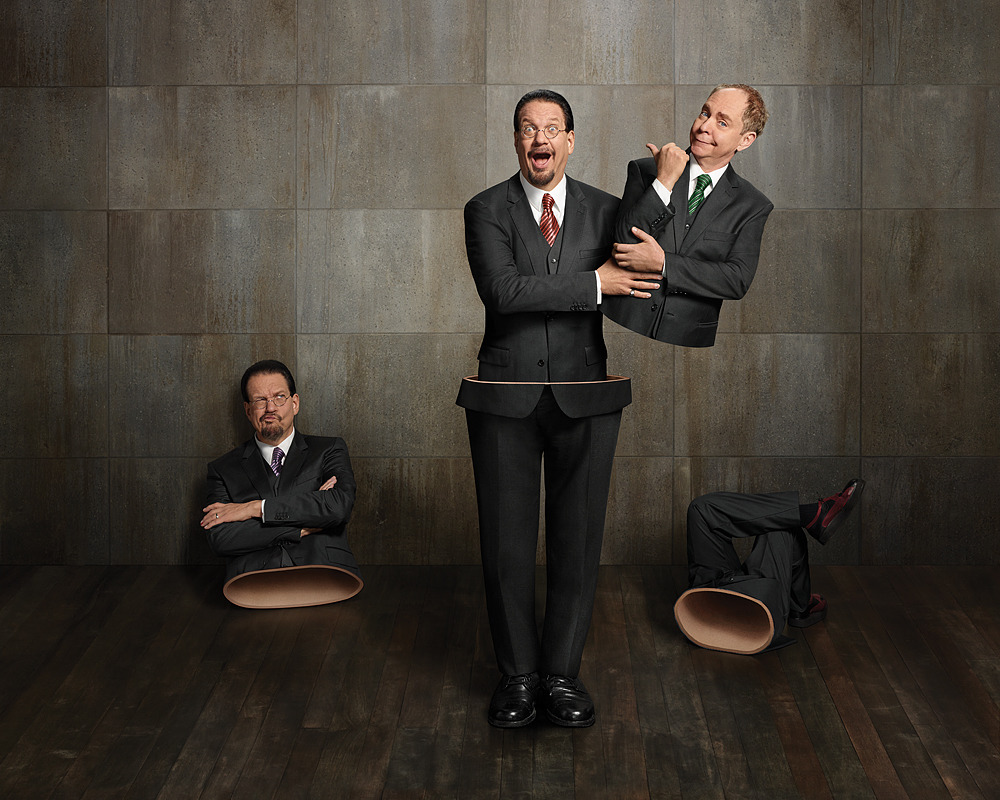 In another project, Kretschmer was tasked with creating the imagery for a story titled “The Secret Shame of the Middle Class” for The Atlantic. His work, which was featured on the cover of the magazine as well as inside it, perfectly captures the tone and emotion of the featured story. 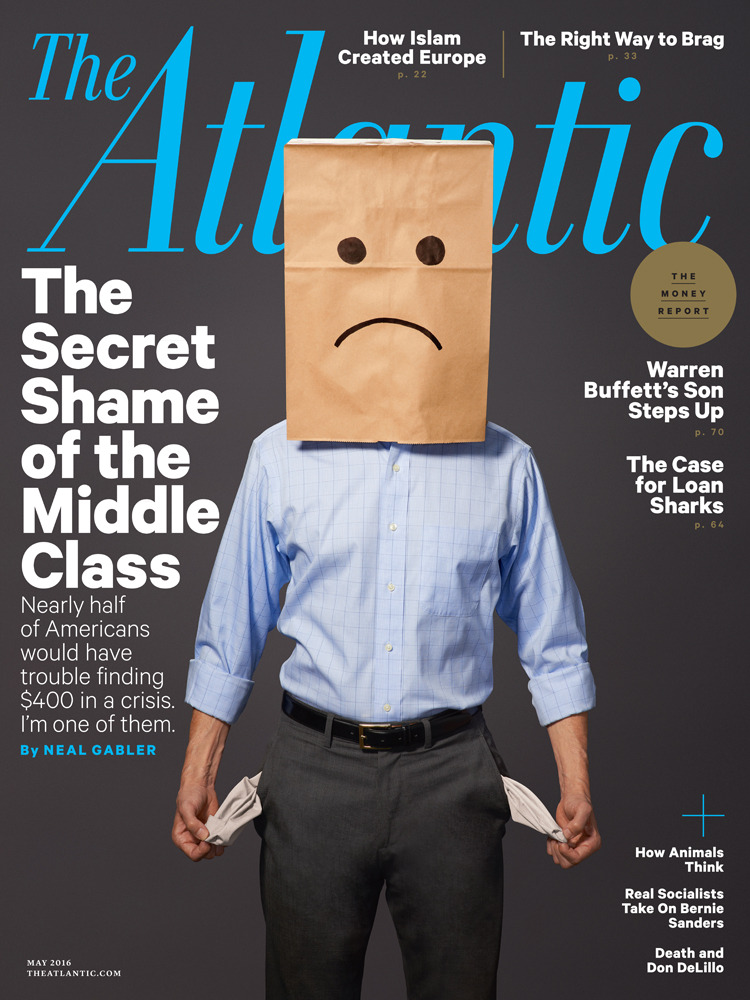 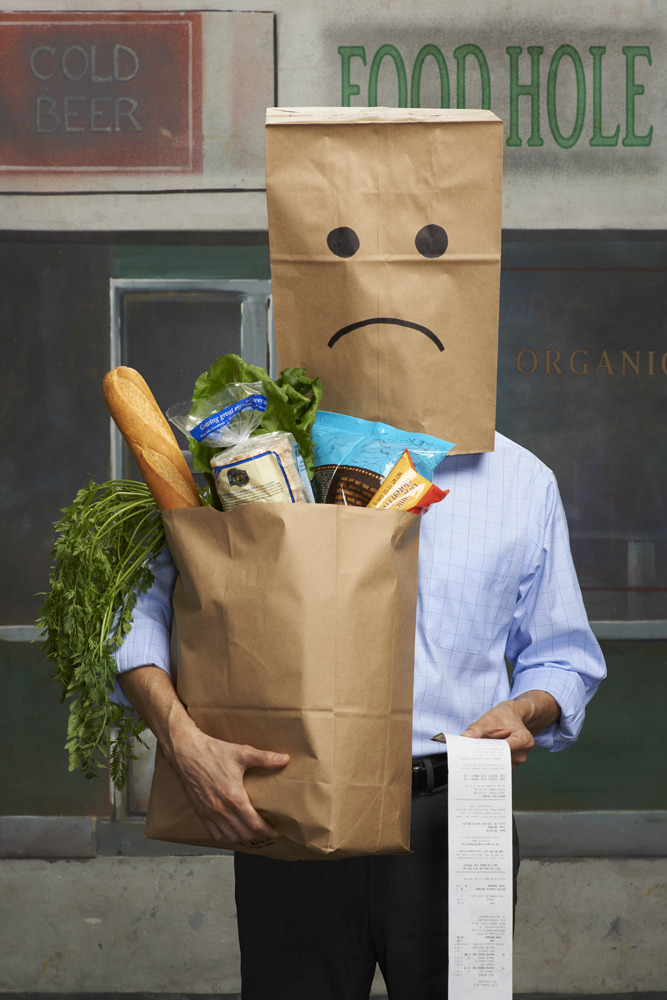 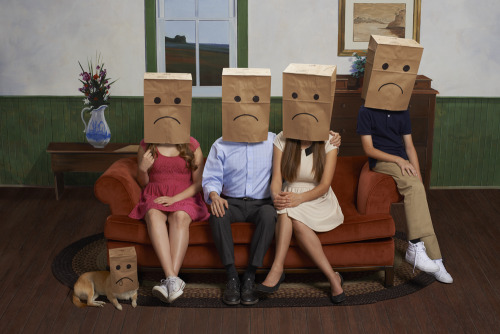 And you’ll surely recognize Kretschmer’s work from the Old Spice campaign. The whole process took over three weeks and started with a 3D scan of Mr. Isaiah Mustafa, the most memorable of Old Spice “spokesmen.” From there a series of prosthetics, small vignettes and miniature figurines were created specially to fit Mustafa’s figure. On the days of shooting Mustafa had to spend upwards of six hours in special effects and makeup. Kretschmer was hired for the in-camera/analogue techniques and for his ability to capture illusion in front of the camera. 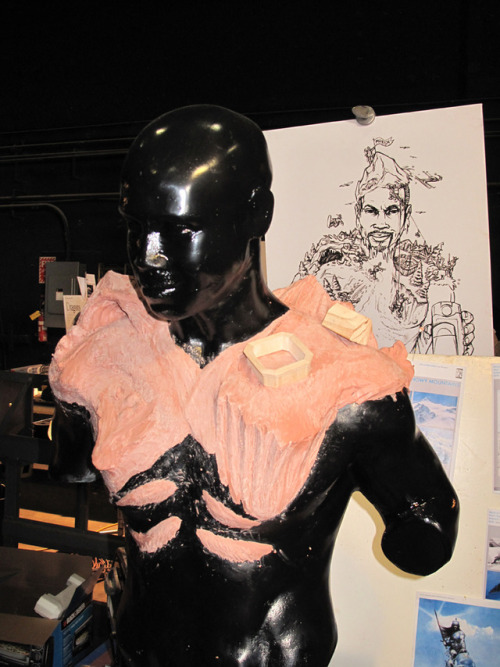 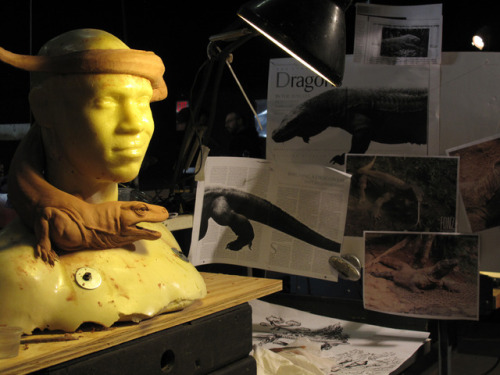 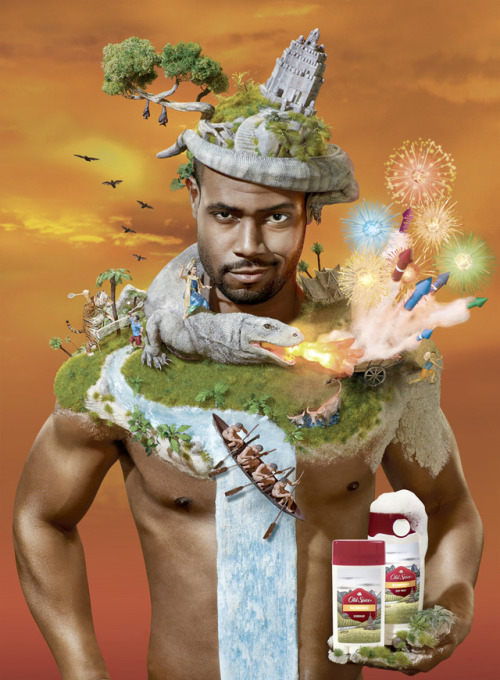 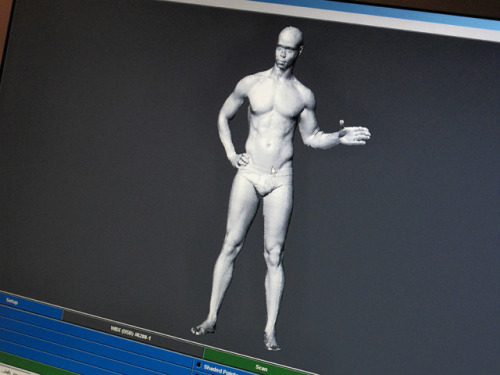 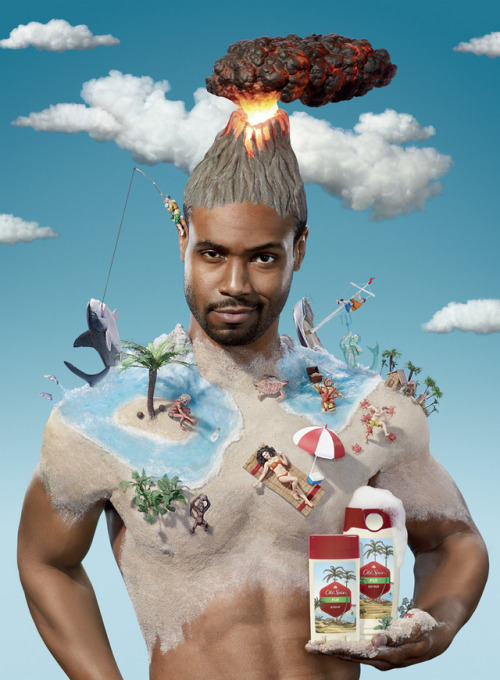 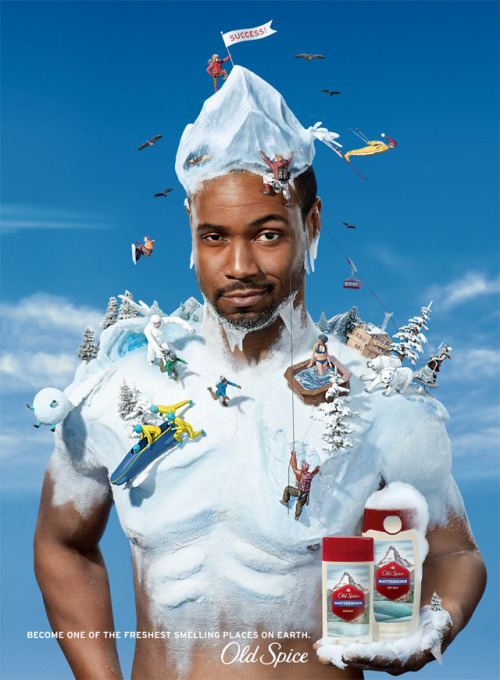 “Third Person” is a work in progress for Kretschmer. It’s a personal project and one that was born of a happy accident. While photographing a friend and her daughter, he stumbled upon the effect represented in the photos below. Each image is two different photos layered on top of one another. The portraits are of family members (mother-daughter, father-son, etc.) and have had their opacity turned to 50 percent. The final products show just how similar family members can look, even ones of different genders. 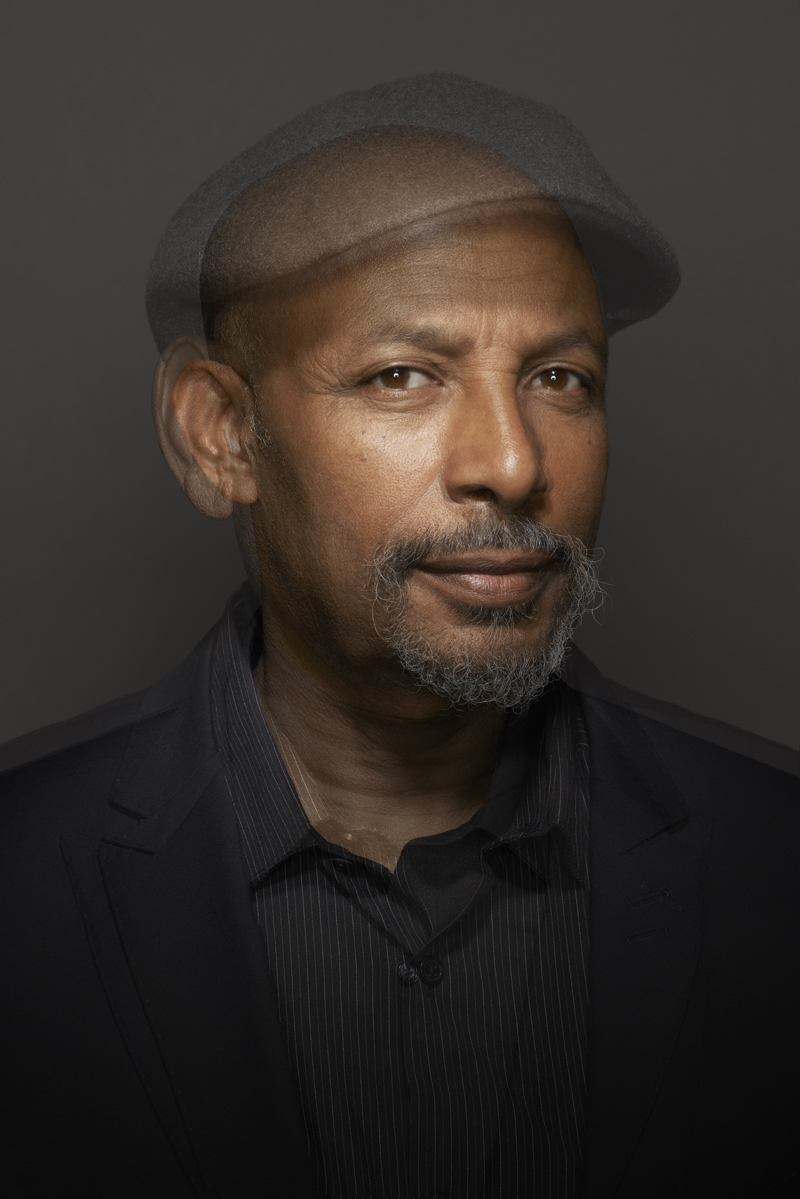 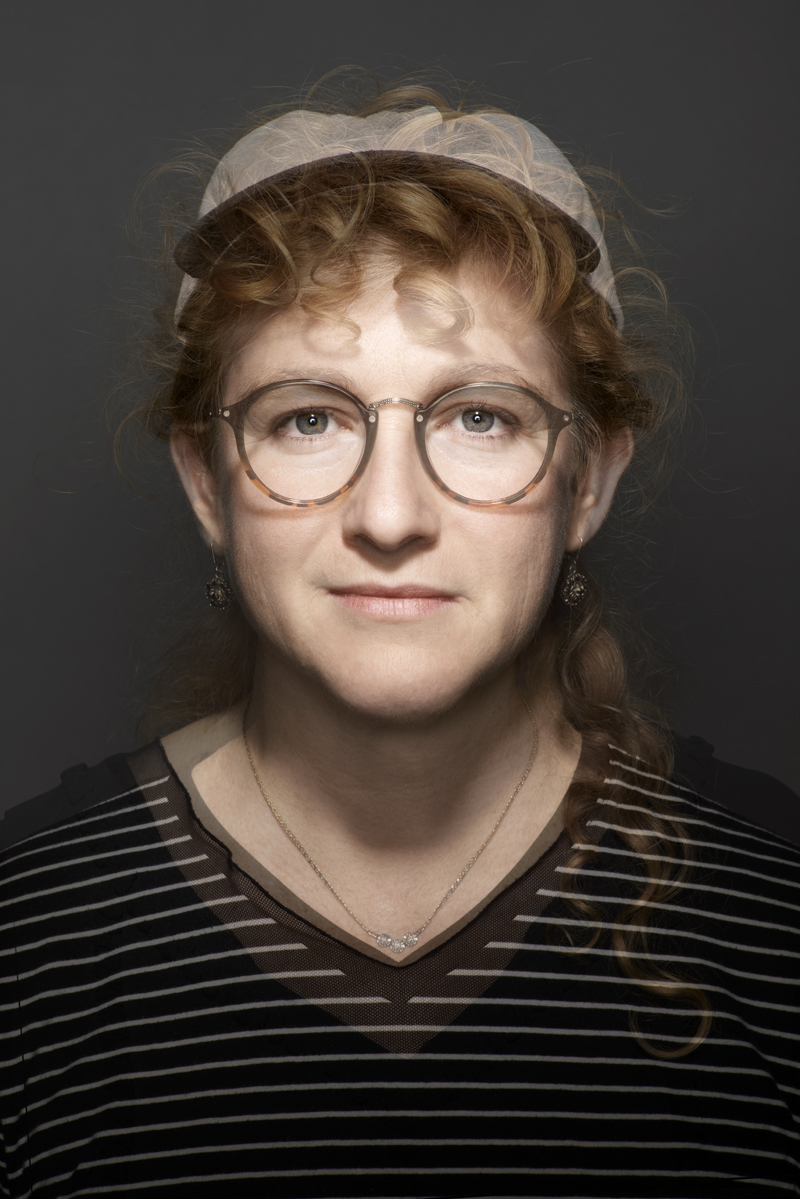 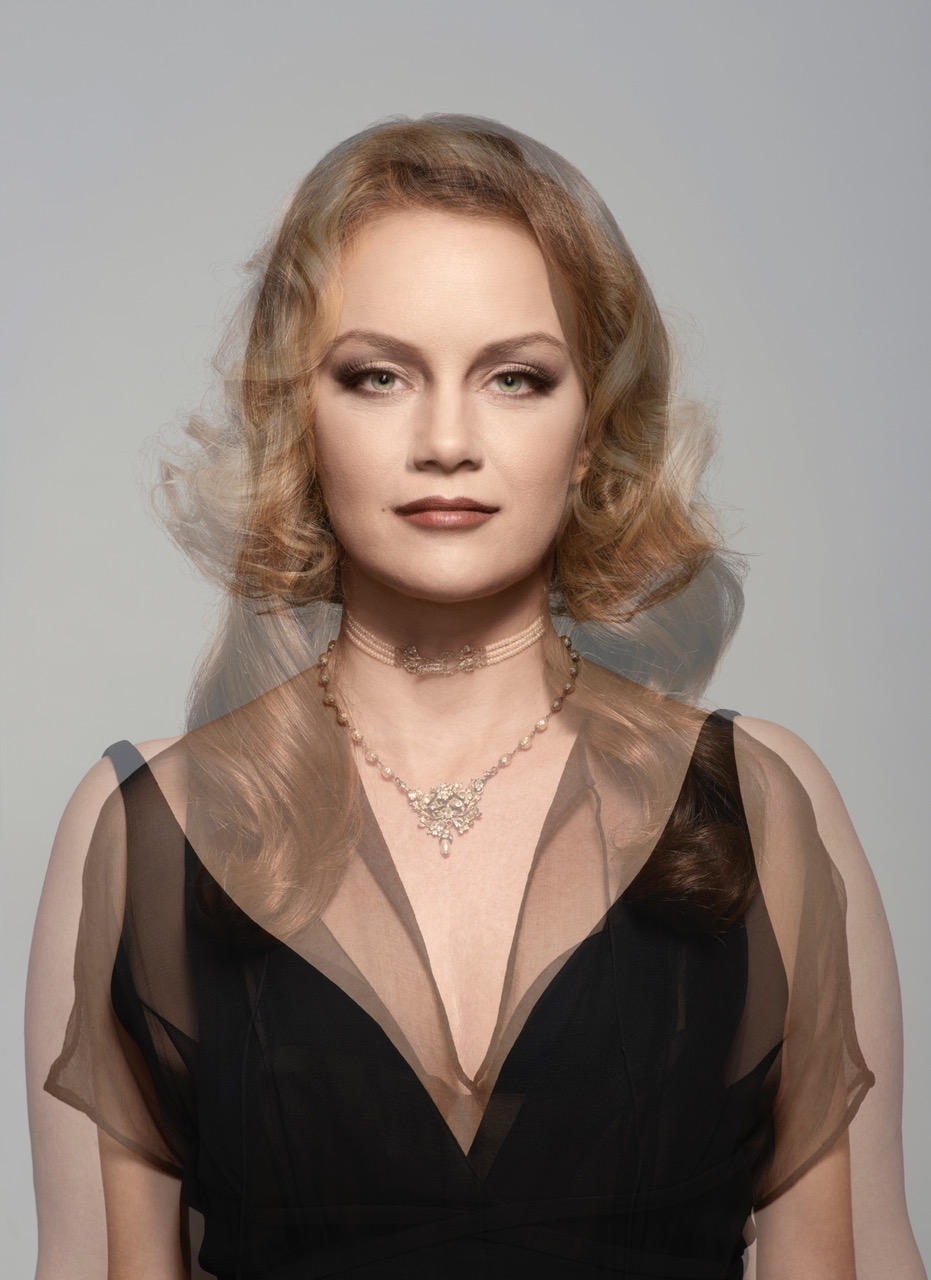 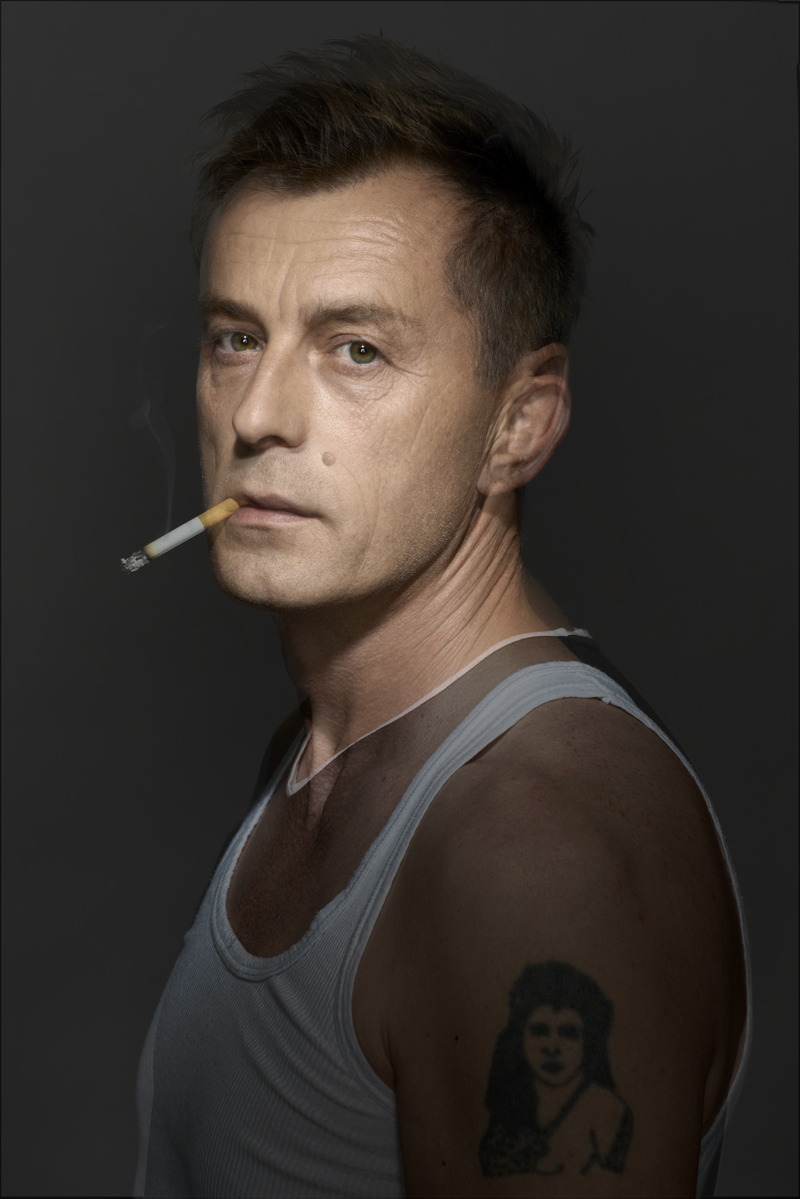 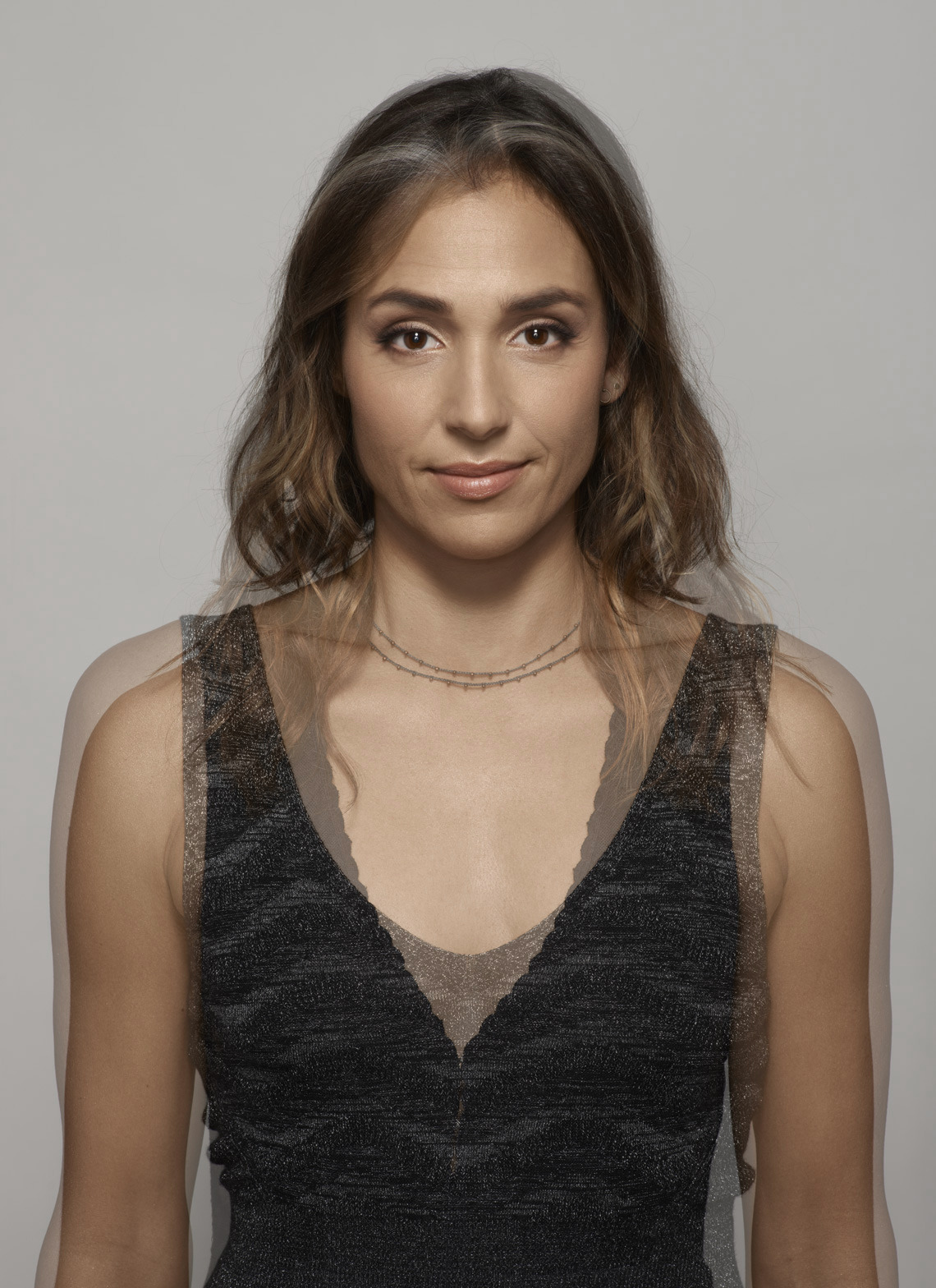 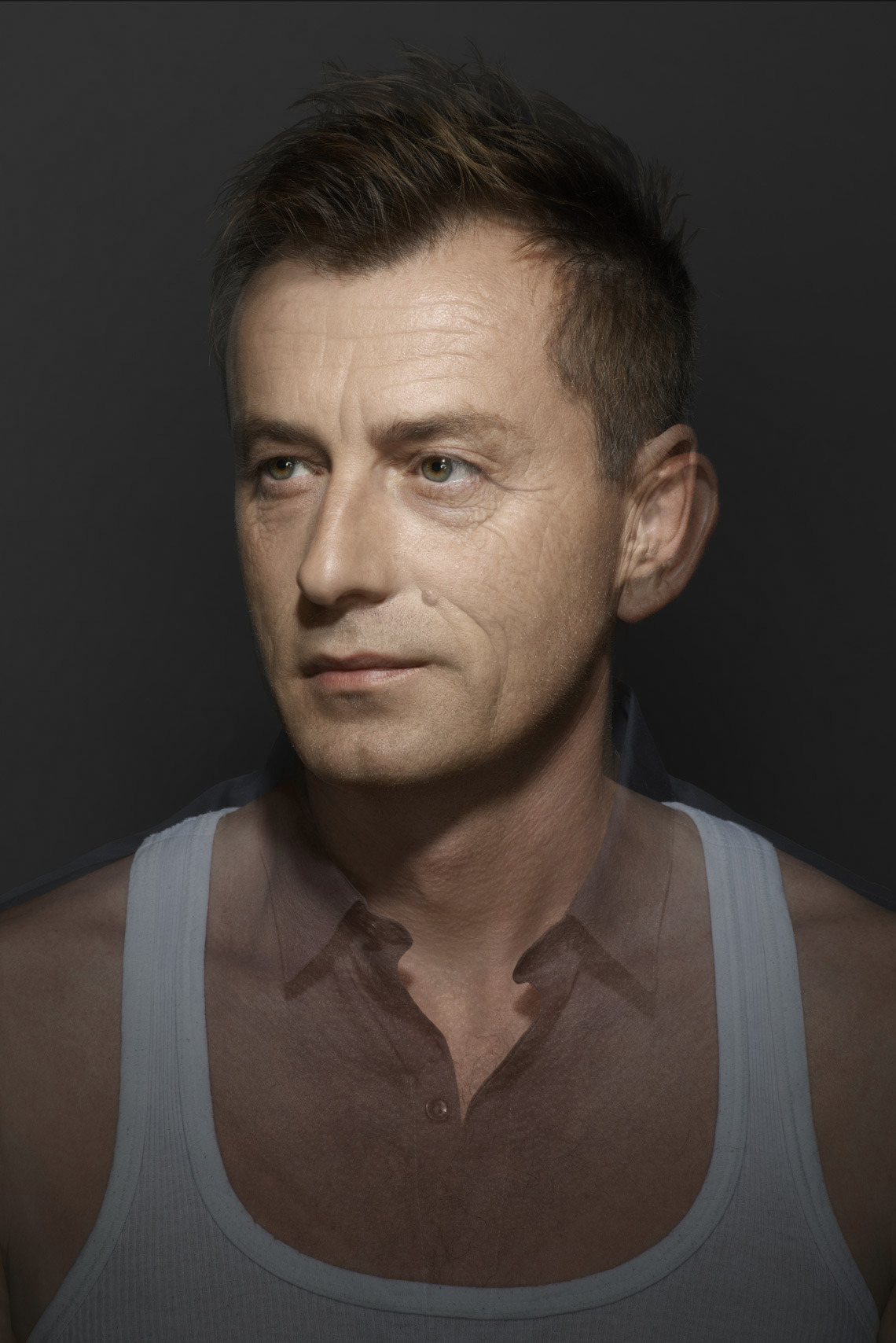 For additional details about all of these projects and more, check out Hugh Kretschmer’s blog. You can also see more of his work on his AtEdge portfolio or on his website.